From wowdev
Jump to navigation Jump to search

Login packets are packets sent by the client to the authentication server as the first connection to the server infrastructure.

All packets start with an opcode field but do not use the same values as the World Packets. The only packets that can start a connection are CMD_AUTH_LOGON_CHALLENGE Client and CMD_AUTH_RECONNECT_CHALLENGE Client which share packet layout.

There are minor differences in the packets between WoW versions, but the layout seems to be stable around

The login packets are internally referred to as grunt and the packet layouts hint at it being planned for use for games other than WoW.

The names here are used internally in the clients.

See Login for a higher level overview of the login process. 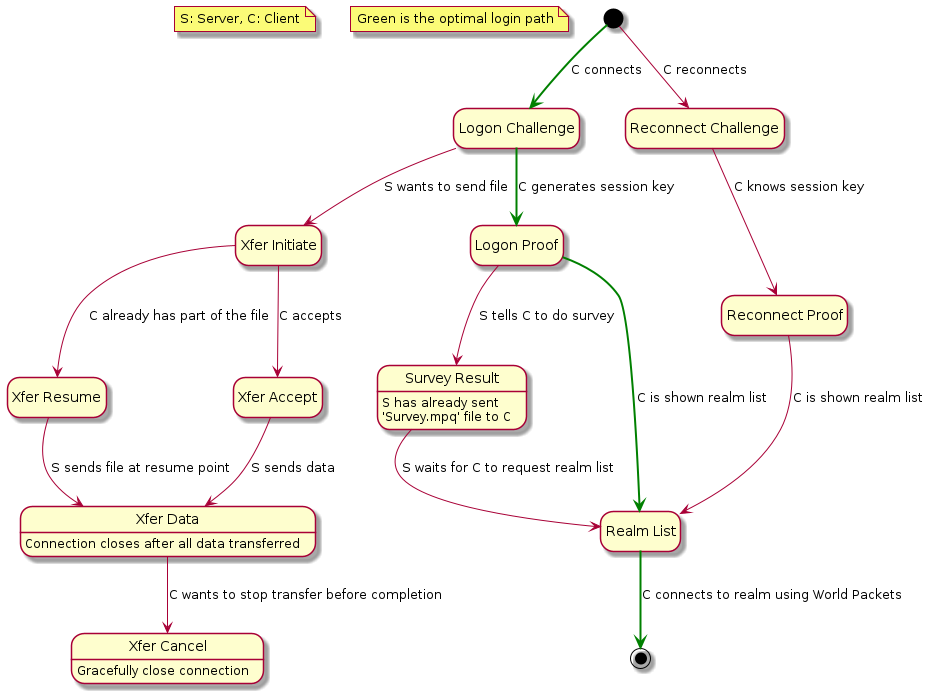 State machine diagram of the packets and where they fit into the login process. The optimal login path has been highlighted in green.

The client initiates a TCP connection to the server on either the default port of 3724, or a port specified in the Realmlist.wtf file. The exchange is then: